Writing is a Powerful Process 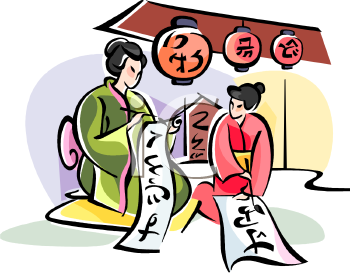 Writing is a Powerful Process

Writing is a powerful process.

One of my favorite classes at the Confidence Clinic I facilitated involved using a writing exercise I learned from Lawson Inada, a Japanese American poet who grew up in Pasadena, California, spending several years during World War II in one of our infamous internment camps.

I used this technique with the women of the Confidence Clinic.  For the most part, they regarded writing as a chore.  Several were barely literate, many had learning disabilities, and some were brilliant but so handicapped by low self-esteem that they believed themselves stupid or incompetent.

Inada’s lesson turned all of them into poets.

Starting with a handout of a dozen or more Haiku poems by the classic greats, we then went around the circle, each woman reading one aloud.  The poems were so short that they were not intimidating to even the weakest readers.

When we had read them all, I asked what the poems had in common.  That was easy, the women said – they were all very short, just a few lines. 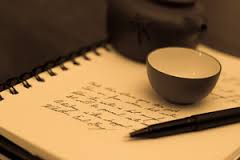 So what else?  The next answers would come more slowly.  Many poems seemed to be about nature. Water running in a brook, a bird devouring an insect.  They usually captured specific details.  The sun on a dragonfly’s wings, the round white moon.  There was often a contradiction or a contrast or a pun of some sort.  The stillness (both in motion and in sound) of an unrung bell, a full moon resembling an empty plate, a fish in a pond seeming to swim through the clouds reflected on the water’s surface.

And if they didn’t notice it, I would point out that the poems each seemed to capture a single moment in time that brought about an awareness of some sort.

I explained to them that Haiku have very strict rules about how many syllables could be in each line, but that we would ignore those.  Anyone curious about it could look it up later, but for now we would just settle for making our poems very short.  Tiny poems.

I asked the women to take a few minutes to just sit gently with their day (or week) so far and see if there wasn’t some occasion where for a moment their attention had been caught.  By an expression on a child’s face, by the sound of traffic, by the smell of coffee brewing, by the cries of migrating geese flying overhead.  Something that made them stop just for a moment and be aware.

Could they now write a Haiku about that moment on their cards?

And their tiny poems were wonderful!  One of the most powerful was written by a woman with cerebral palsy: Look at me, not my wheelchair.  A whole world in six words.

Some were less profound but nevertheless filled with shining moments.  Some were positively brilliant. Others more on the flowery side – Hallmark greeting cards.  But all of them were written from the heart.

Several women were reluctant to share their poems at first, but as others read theirs and the group responded, they gained courage and read theirs too.  I could see how a flaming pink sunrise had caught a sleepy mother’s attention as she got up to get her kids ready for school.  I could feel the heartfelt passion of one deaf mother as her twin daughters jumped in bed with her, a morning ritual to replace the alarm she could not hear. The thrill of a woman who, wearing our prescribed “work-appropriate clothing”, was asked where she worked by the cashier at the 7-11 store when she stopped to pick up a cup of coffee on her way to class.  No one had ever asked her that when all she wore was jeans and a T shirt.

Everyone, it seemed, was a poet. 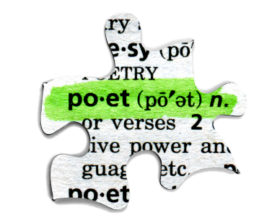 This exercise did many things.  It not only changed the women’s attitudes about writing, it changed how they saw themselves.  Their sense of accomplishment was empowering.  Their sharing helped them bond as a group, helped them see deeper into each other.  The process of searching for something to turn into a Haiku got them to practice the art of pausing and looking inside.  Helped them see themselves more deeply.

And after that lesson, women would come to class excited to tell me that they had had a “haiku moment” that day.  They were learning to just stop and experience their lives – to just be in the present and notice the details and sensations of the world around them.

NOTE: Anna Willman will be conducting a writing webinar on this approach: “Writing From Your Body”: for fiction and personal writing.  She recently presented the same webinar, oriented toward non-fiction writing.