Taking Focusing With You on a Bus 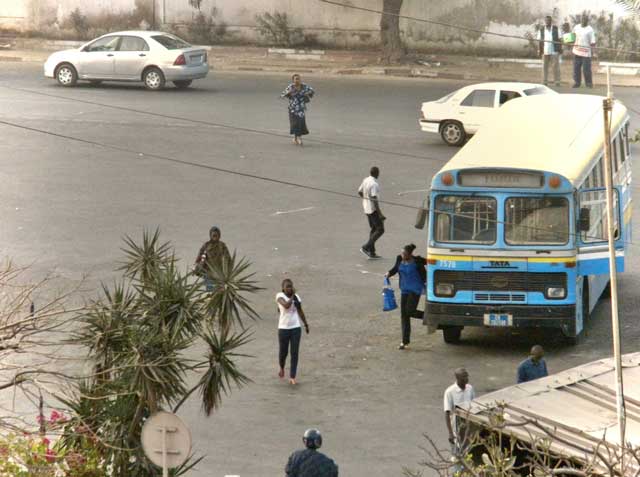 Taking Focusing With You on a Bus

I am working with Pat Omidian to train refugee workers and administrators in Uganda to improve their psychosocial work and incorporate aspects of Focusing into daily life.  We are teaching this course online.

One session was about reflecting on what we are experiencing in a particular moment in a focusing way. It was also about learning to be a good listener and how to reflect what your partner is saying a focusing manner.

Denis Lyagoba, one of the participants, and I were in a breakout room together to practice reflecting on each other’s experiences.

Denis started by choosing a recent experience of being on a bus with colleagues to get to a location together.  At some point, a problem occurred that prevented the bus from going forward. Denis reported that he felt frustrated that the group might not be able to get to the place they needed to go.  I reflected what he said, “A part of you was frustrated that you might not get to where you needed to go.”

Denis repeated this and let it sink into his body.  More came.  He told me that he was frustrated with the others on the bus who were yelling instructions at the driver.  I repeated back to Denis, “A part of you was frustrated that the others were yelling instructions at the driver. He reported how he decided to be quiet, go inside and let the scenario play out without his participation.  Then more came.  He knew that the driver was very competent.  He was frequently the driver for the group and had shown great steadiness in his work.  Denis held onto his belief that the driver alone had the greatest possibility of solving the problem.  I repeated back to Denis, “A part of you knew that the driver would be able to solve the problem using his knowledge and skills.” Denis reported that they were able to get to their specified location.  Denis talked about how his way of coping with the stress of the stoppage of the bus and the chaos of his colleges was to go inside and hold space for his knowledge that the driver was skillful.

I asked Denis if I could share my own stressful bus experience.  He agreed. I live in New York City, and occasionally, we get monster snow storms.  I was an NYC school administrator and, one day during a major blizzard, the City administration decided that all staff and students should make their way to school even though the blizzard was already in full force.

I let Denis know that I was angry that the City made this decision.  It was dangerous for children and adults to try to get to their schools in these conditions.  When I first started to teach many years ago, one of my students was killed by a truck during another blizzard in which the schools were left open. This memory was the basis of the anger that lived in my body.  Denis reflected that a part of me was angry that the schools were left open during a storm.

I explained that because of my fear, I sat as close to the driver as I could to watch his every move.  The driver’s body language informed me that he took his responsibility for the safety of the passengers very seriously, and he was doing everything he could to keep us safe. That knowledge opened up my heart, and what came for me was a sense of admiration for his dedication to his job. That helped me relax and let go of my fear.  Denis reflected that my trust in the driver helped the parts that were angry and afraid, just as it did in his experience.

Focusing is mysterious like this.  Denis and I got placed into the same breakout room randomly.  We had a parallel experience that reinforced our ability to sense into each other’s dilemma and also connected us to how focusing supports us in everyday life.  As we listened to each other’s experience and reflected what we heard, we were able to stay aware of each other and to support ourselves by holding space for all the different emotions we had in response to our situation.